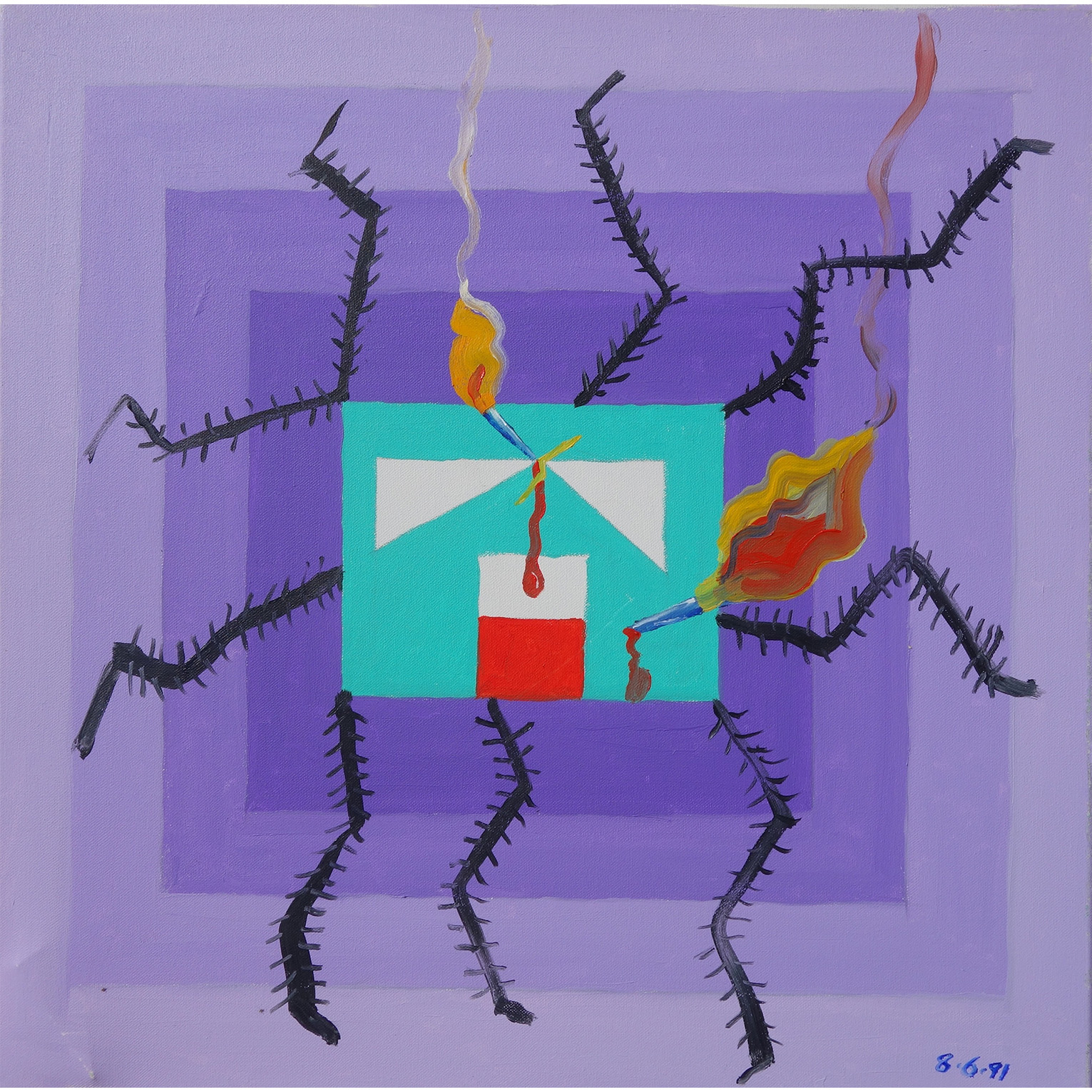 The spiders legs seem to be my central condition. I attempted to suggest that they radiated out and became less potent as they departed from my brain. I found that this idea that they sort of dissipated as they removed from the core comforting. The flaming darts of E.S.P. made vocal and right a the point of the birth of the thought too in this case. The white parts represent my thoughts. The triangles meet to produce the discharge of a rational thought that feels like truth and a flaming dart from someone pierces it at inception. The spiders legs represent inhibition, social and otherwise. Is this is truth of my condition? I was to find out otherwise but it was certainly part of the truth.