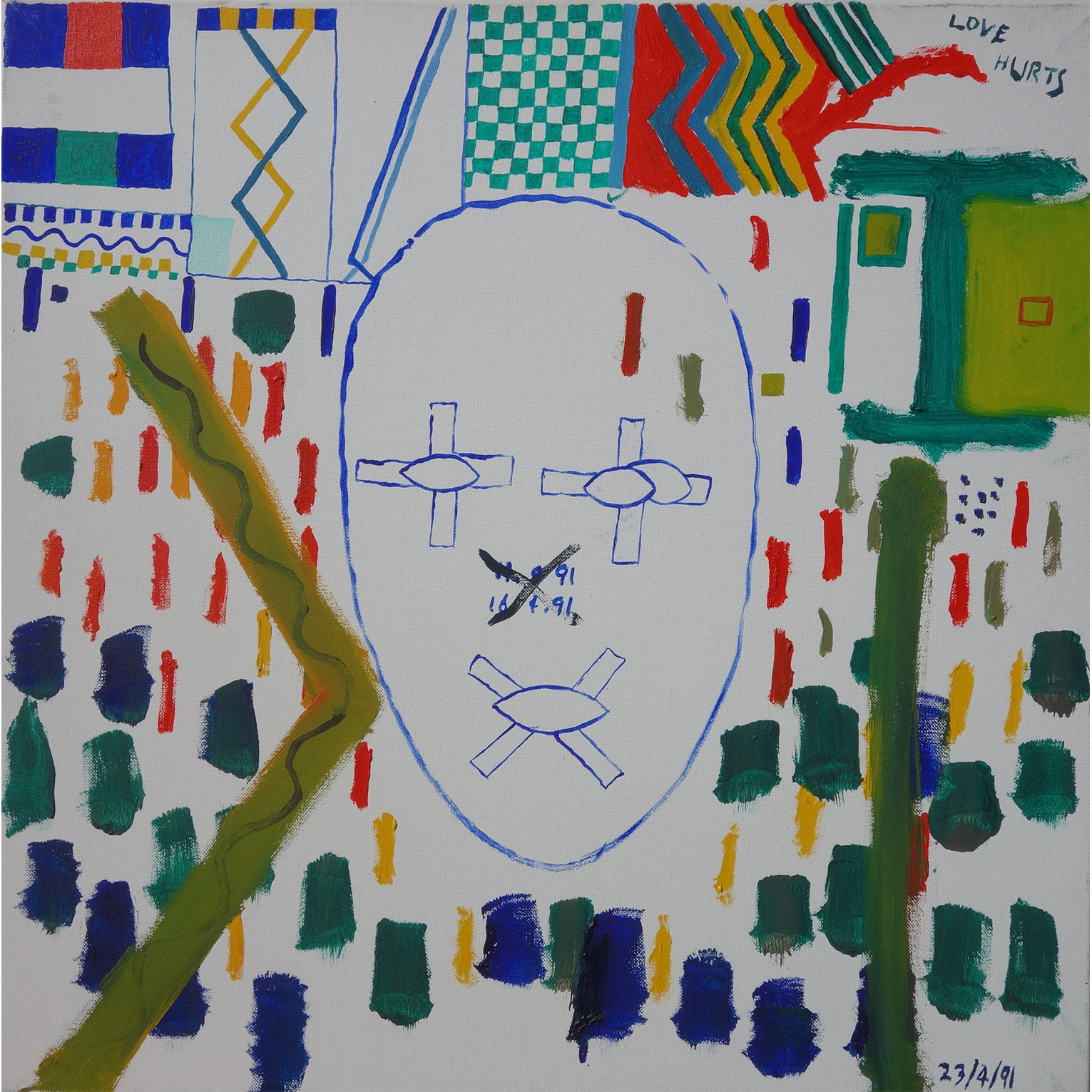 (All painting with exception of the first painted in one day with no further alterations). I had originally had the idea for a series of self portraits from Louis Wain’s series of portraits of cats that changed strangely as he became more and more psychotic. They seemed to show a disintegrating ego. I expected something similar, that is the reliance on a sort of hallucinatory geometry but instead found that I was almost completely unable to concentrate so the painting takes on the crudeness of bad graffiti. I ascribe this to the fact that Depixol strengthens concentration and so its removal means that the power of concentration breaks down. However I would mention that this, as in Louis Wain’s case was not my problem when I originally became ill but seems to have resulted from Depixol dependency. Still on one tablet of Depixol plus sleeping pills. I had come to the conclusion that most people around me had some extra sensory perception ability which gave them access to my mind. In this respect I was like blind man. Hence the crosses on the eyes. They also let me know verbally what they had pi ked up from my thoughts. I was like a dumb man in this respect and hence the cross over the mouth. The crossed out dates are because I was becoming obsessed that I had taken two sittings rather than one on the first self portrait.