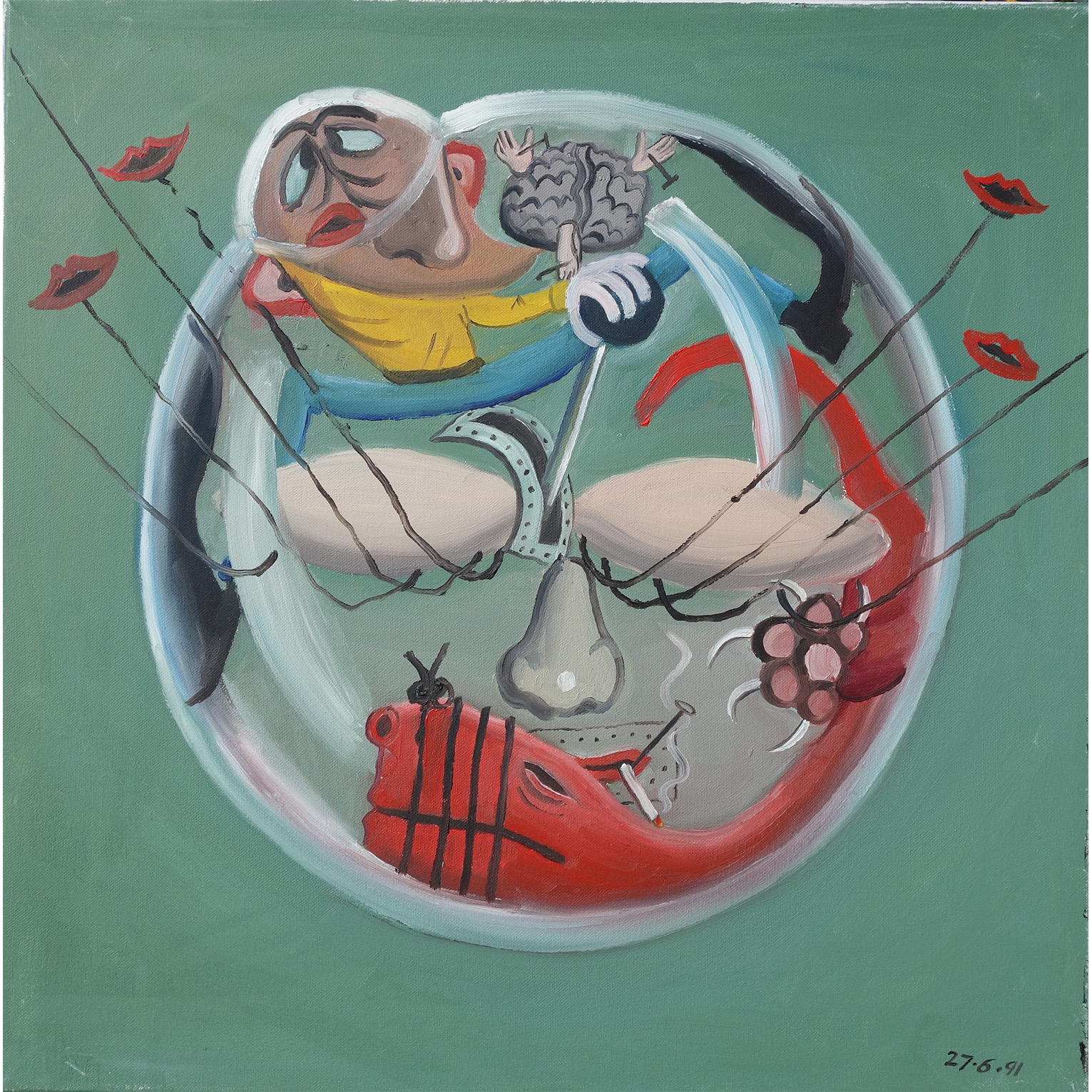 An extremely complicated picture as I feel I am closing in on the essential image of my schizophrenia. I am transparent firstly. Make crazy attempts at some sort of control over what has become an impossible situation (the man with the control stick). My brain, my ego is transfixed by nails as the Christ who could not move freely on the cross without severe pain. My self respect my ego my feelings about me are crucified as the Christ. From here on in enlightenment about my condition creeps in and imagery become even more difficult to find. I realised that the fear caused by the anger (symbolised by the red tied beast, muzzled because the anger arises through not being able to reply to the abuse heaped on me) this fear is causing me to hallucinate telepathy and E.S.P. which is not there. Or not there when I am no longer in fear. I express this as best I can through the mouths on the end of the enormous bent up eyebrows. My senses are being bent by fear into hallucinations. Like eyelashes it is something about the bending taking place at the periphery of my sight. That is why I had been feeling blind all the time. Anger, “He’s mad at you, he’s mad”, is cause of fear, the anger being in a latent, unconscious state, but giving rise to paranoia which in turn gives rise to characteristic schizophrenic hallucinations and symptoms. But I am still at an acute disadvantage socially. Can this ever change or will the anger always remain? I intend to record my progress with more self portraits to add up when they are all joined together as an important document as to life, at the end of the twentieth century. “Self Portrait” will state with depth what it is to be human and schizophrenic.
One 1 1/4 tabs Depixol (3 mg. each) from 22nd June 1991