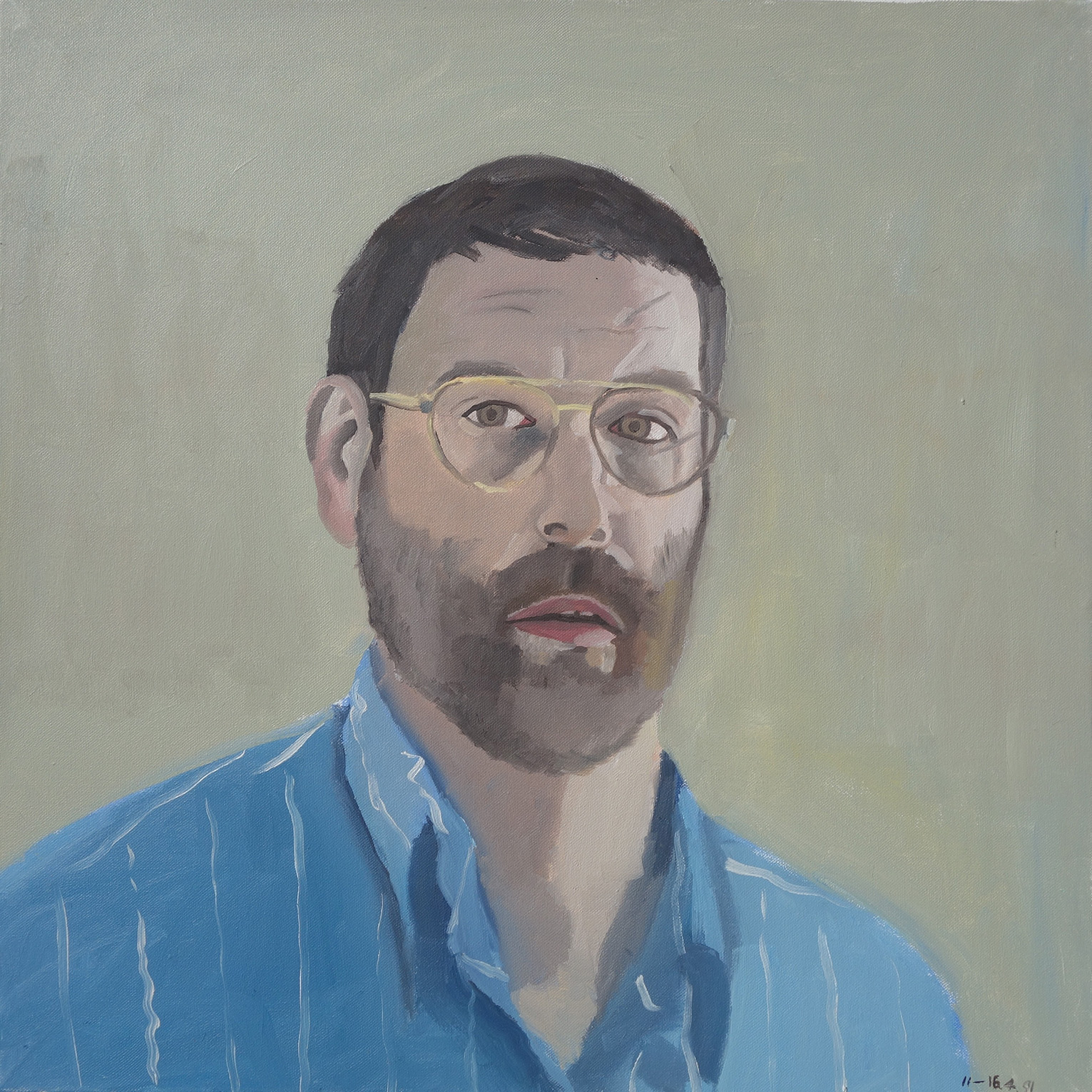 Bryan Charnley began the Self Portrait Series in March 1991 and was encouraged by Marjorie Wallace to keep a diary which would also help to explain the imagery. The penultimate and final portraits have no text but communicate everything within the image. The final portrait was left on the easel in his studio where he committed suicide.

All paintings are oil on canvas and measure 20 x 20 inches (51 x 51 cm.) Bryan Charnley’s diary notes are shown below each of the 15 portraits they refer to. e.g:

Conventional portrait painted in two sittings. Is it a good likeness? Drug dosage was two 3 mg. tablets of Depixol daily plus two 25 mg. Tryptisol. I was sleeping a lot. 11th to 16th April 1991.