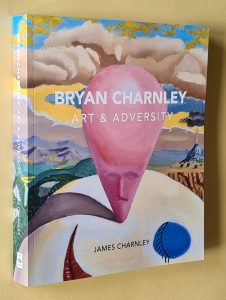 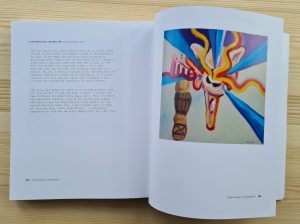 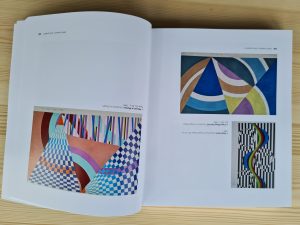 Following the success of the first edition of Bryan Charnley Art and Adversity, an updated and enlarged Second Edition has been published.

Launched in June 2021 the latest edition can be found on Amazon and all good bookshops.

James Charnley achieves that rarity, an art book devoid of the usual verbiage and mystifying, esotericism. Whilst being accessible, it is erudite, even donnish and slavishly researched. He traces his twin brother’s history. It is a twofold journey, through the life of a significant painter and his all-consuming passion with his mental state which had been diagnosed as schizophrenia.

The tale is a tragic one, like all great stories, ending in death. Related with an honesty, a humanity and a wonderful clarity that draws one in, like a thriller, in that one consumes it greedily, whilst James relates his twin’s revelations about his condition, which are, possibly, more illuminating insights than have been previously exposed, as the artist tries to “…see the stars through the scars.”

A plethora of fabulous illustrations of Bryan’s paintings keep us up to date and captivated. A great read, a fine artist and told by a masterful author. 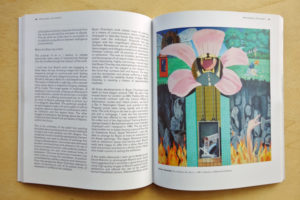 An important new study of Bryan Charnley’s life and art is now available.  The book Bryan Charnley: Art and Adversity by James Charnley is published by i2i Publishing and is available on Amazon from 31st July 2018.

With a Foreword by the art historian and curator Kirsten Tambling the book survey’s the artists childhood, adolescence and the madness that was to afflict his life and found consummate expression in his paintings. There are over 100 full colour illustrations of the paintings with contemporary photographs augmented by interviews, journals, medical records, letters and diaries.
The extraordinary paintings and the life of the artist who produced them are described in revelatory detail in this book. Bryan Charnley is an exceptional talent, who now joins the pantheon of British visionary artists such as Richard Dadd, Louis Wain, Mary Barnes and Nick Blinko, who were able to illustrate their suffering through their art.  Henry Boxer, Art Dealer and Director of Raw Vision Magazine
For more information contact jamescharnley@ymail.com
Tel/text:  07792 100416

Bryan Charnley, The Art of Schizophrenia.
16 February -22 May 2015. Bethlem Museum of the Mind.

The first major retrospective of this British artist, Bryan Charnley will also be the inaugural exhibition in Bethlem’s new Museum of the Mind.

The paintings of Bryan Charnley (1949-1991) used visual metaphor and symbolism to vividly illustrate the physical experience of schizophrenia, an illness Charnley lived with from adolescence until his premature death in 1991. Bringing together works from the Bethlem collection and many rarely seen works from the Estate of Bryan Charnley, this exhibition looks back at Charnley’s life and work – from his early photo-realist inspired portraits and cityscapes to the direct expression and communication of his later allegorical paintings, many inspired by other works in the Bethlem collection. ‘Here I saw art stripped of all esoteric and conceptual pretensions’, he wrote, ‘I gladly adopted this approach which seemed to be more vital than any current “-ism”’