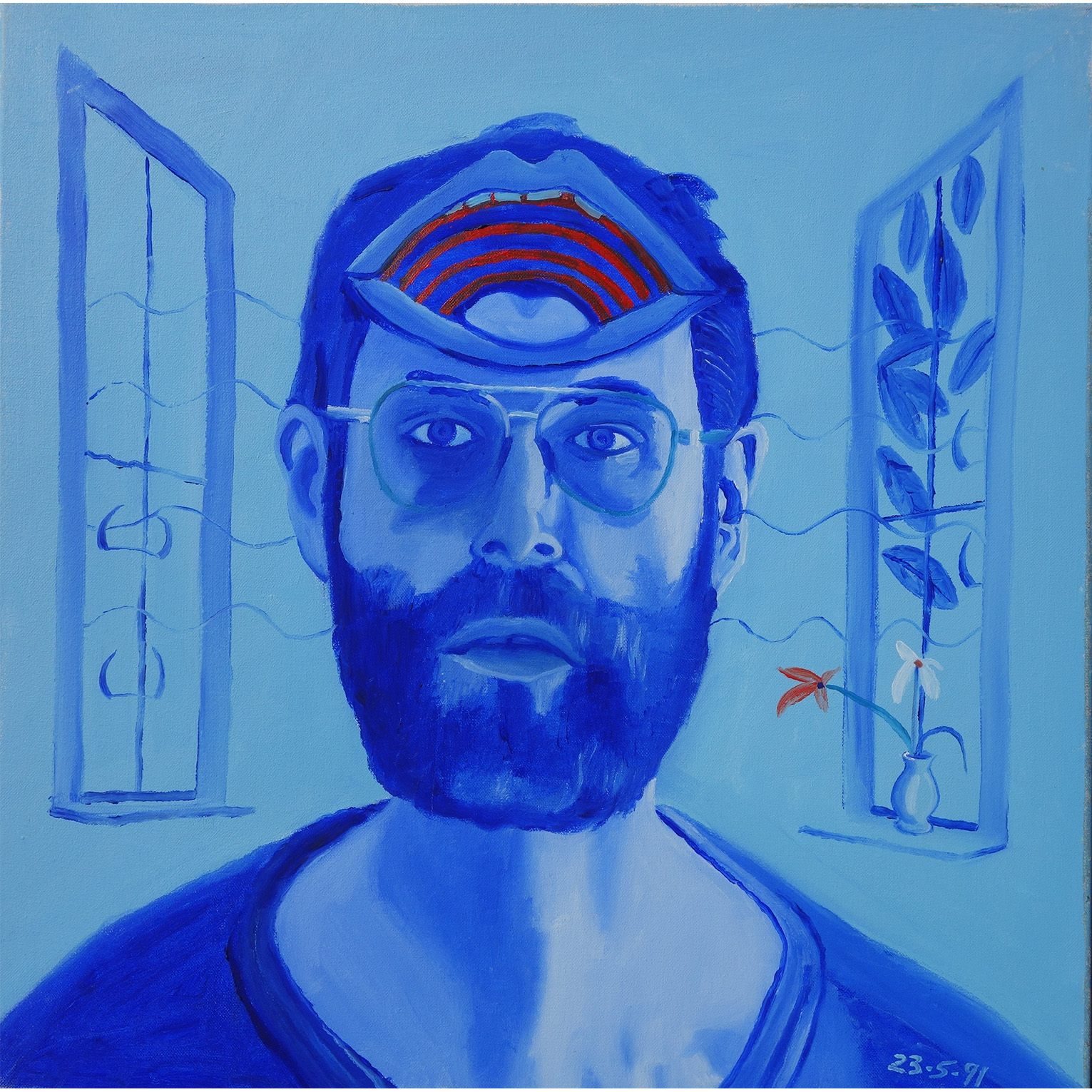 I really tire of having to explain my paintings. It is very much my tragedy that people cannot understand the straight forward poetic use of symbols I am employing. The blue of the portrait is there because I felt depressed through cutting back on the anti-depressants. The wavy lines are because just as I felt I was safe a voice from the street gutted me emotionally by its E.S.P. of my condition. (I was feeling proud of the painting and he showed he knew this convincingly enough to convince me I must be giving off very strong thought messages or vibrations of some readable kind). I was pleased that I was able to express such a purely mental concept as thought broadcasting by the simple device of turning the brain into a mouth that I painted it again. One is very much up against the almost impossible task of describing in paint that which essentially totally invisible. Symbols come to be employed and the appropriate one must be found, also it should have a poetic charge attached to it. Yet still people are too ignorant to see. At this stage my central worry was thought broadcasting. This would pass as I gained insight and effects of drug withdrawal wore off. I was much worried about radio and television because I seemed to intertwine with their broadcasted waves and expose myself completely which I found humiliating. People laughed at me when this happened or let me know it was for real by acute remarks. I continued my retreat from social contact.