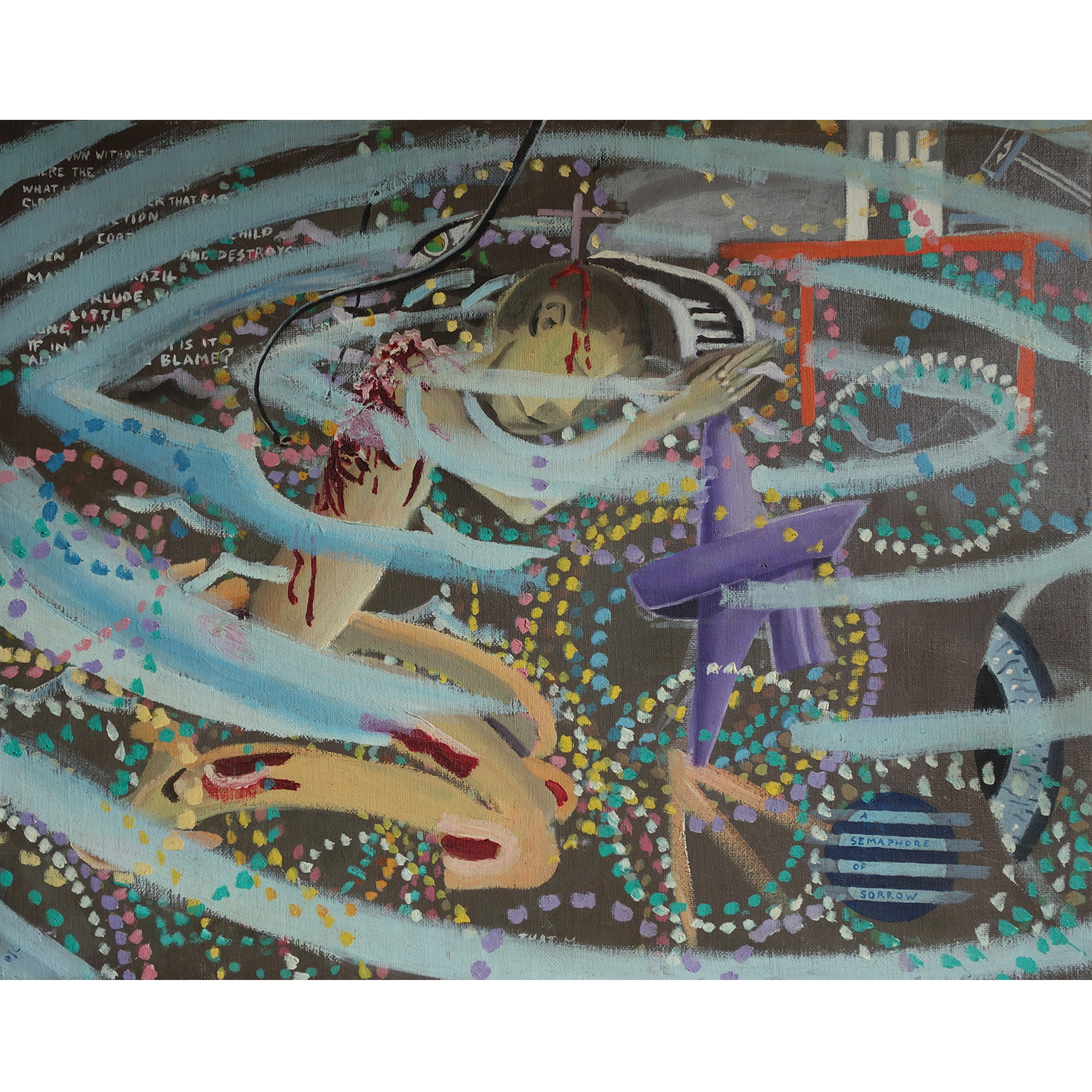 From around 1983 onwards Bryan Charnley’s work began to explore ways of representing his experience of the world. In many ways this is the primary function of the artist, to find a way of making the personal insight into a universal image. Bryan used a visual language where imagery is employed to describe feelings allowing multi -layered levels of meaning to develop as in poetry. The images are accessible, coherent and evocative with a high degree of organisation evident in the finished work. It was important to Bryan Charnley that he was understood because while schizophrenia is outside of normal experience the sufferer is in no way insulated from feeling, and this was a message he communicated as something of a priority within his work. In fact there seems to be an acute sensitivity: “Lovers and madmen have such seething
brains, Such shaping fantasies, that apprehend More than cool reason ever comprehends.The lunatic, the lover and the poet Are of imagination all compact.” (Shakespeare A Midsummer’s Night’s Dream)

“The Whirlpool” above is an early attempt to illustrate the torture of mental suffering. Here the visible forms of physical pain stand in for the unseen torments visited on the sufferer. A drowning man, caught in the pull of a whirlpool, bleeds from his wounds most shockingly from that caused by a fishhook in his lacerated back. Prayer seems useless to help him and the cross planted in his head is only causing more suffering. It is an unrelentingly bleak image that portrays the extremes of cruelty to convey its its message. In taking on the challenge of conveying the experience of mental illness Bryan Charnley realised that it would only be an approximation conveyed by symbols or metaphors. This difficulty is alluded to in the text “A Semaphore of Sorrows” at the bottom right of the painting.