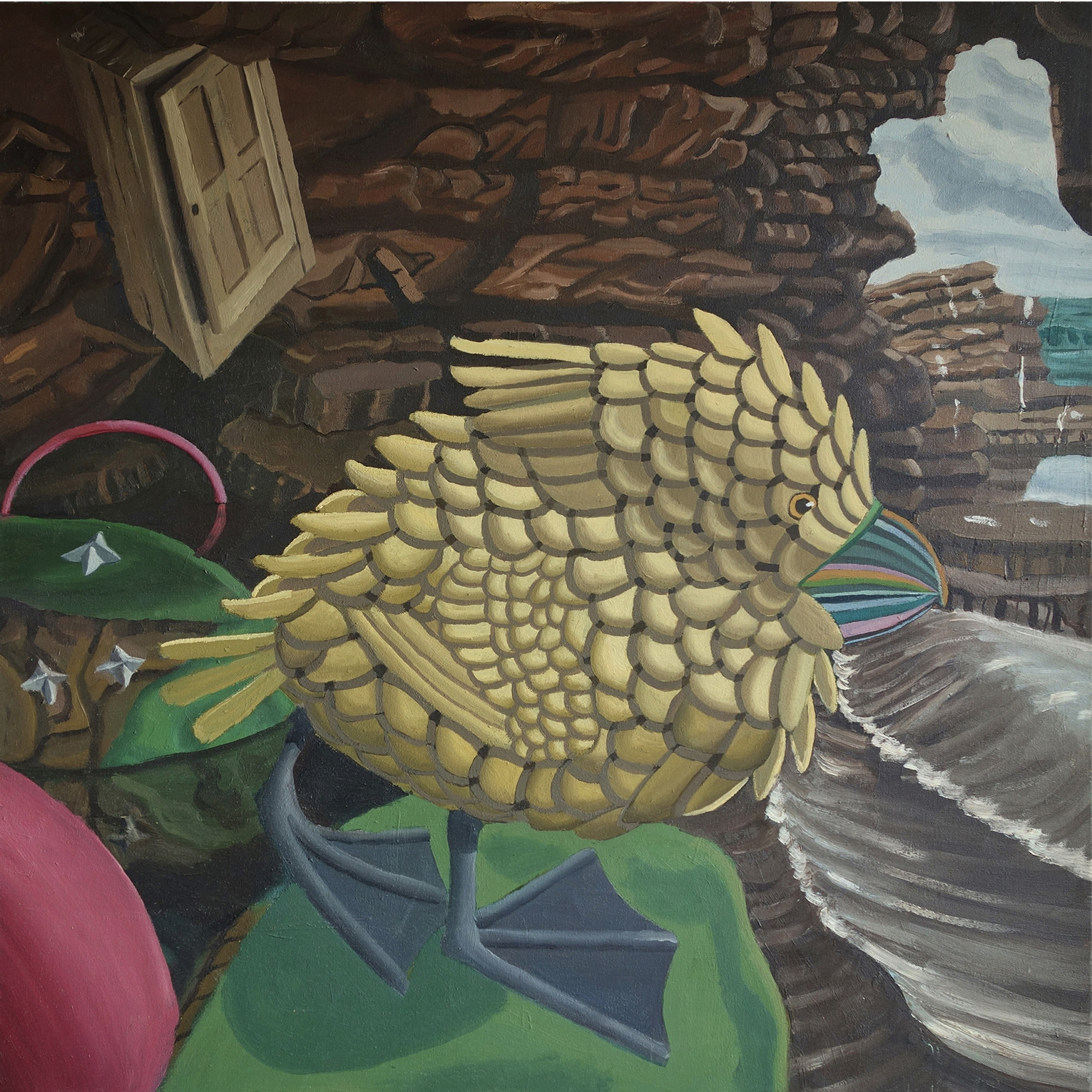 Surrounded by a hostile environment the Young Auk seems woefully ill equipped to deal with the forces that confront it. The waves are encroaching on his place of refuge, a green, leaf-like, platform it is floating on. Although this Auk seems like an imagined bird, the beak bears resemblance to that of The Great Auk was a flightless bird that was hunted to extinction in the mid-19th century. The bird bred on rocky, isolated islands with easy access to the ocean but this Auk’s cave is already occupied by a cupboard whose partly open door and precarious position do not suggest safety but rather a precipitous fall. Other objects, the stars and the hoop have already been scattered on the ground. Leaving the relative safety of the cave the rocky shore and crashing waves the Young Auk/child will find it hard to survive.