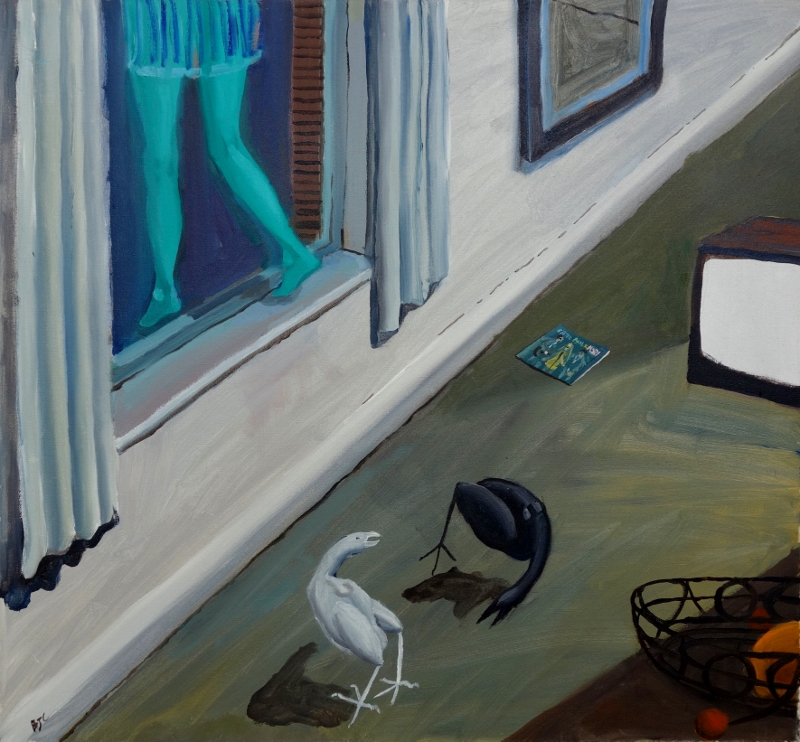 Leaving by the Window

30 x 30 ins, Oil on Canvas 1987. The painting shows Pam Jones’s room at night. She is the green cropped figure about to walk out of the window. The subsequent fall damaged her back and caused serious, life long injuries. Bryan Charnley blamed himself for this suicide attempt, caused he believed by his failure to commit to their relationship celebrated in an earlier painting “Pam and Me” 1978. The two fighting birds in the foreground symbolize their quarrelling, the harsh light, the white noise on the television and the unsettling diagonals in the composition all contribute to the crisis the picture portrays.