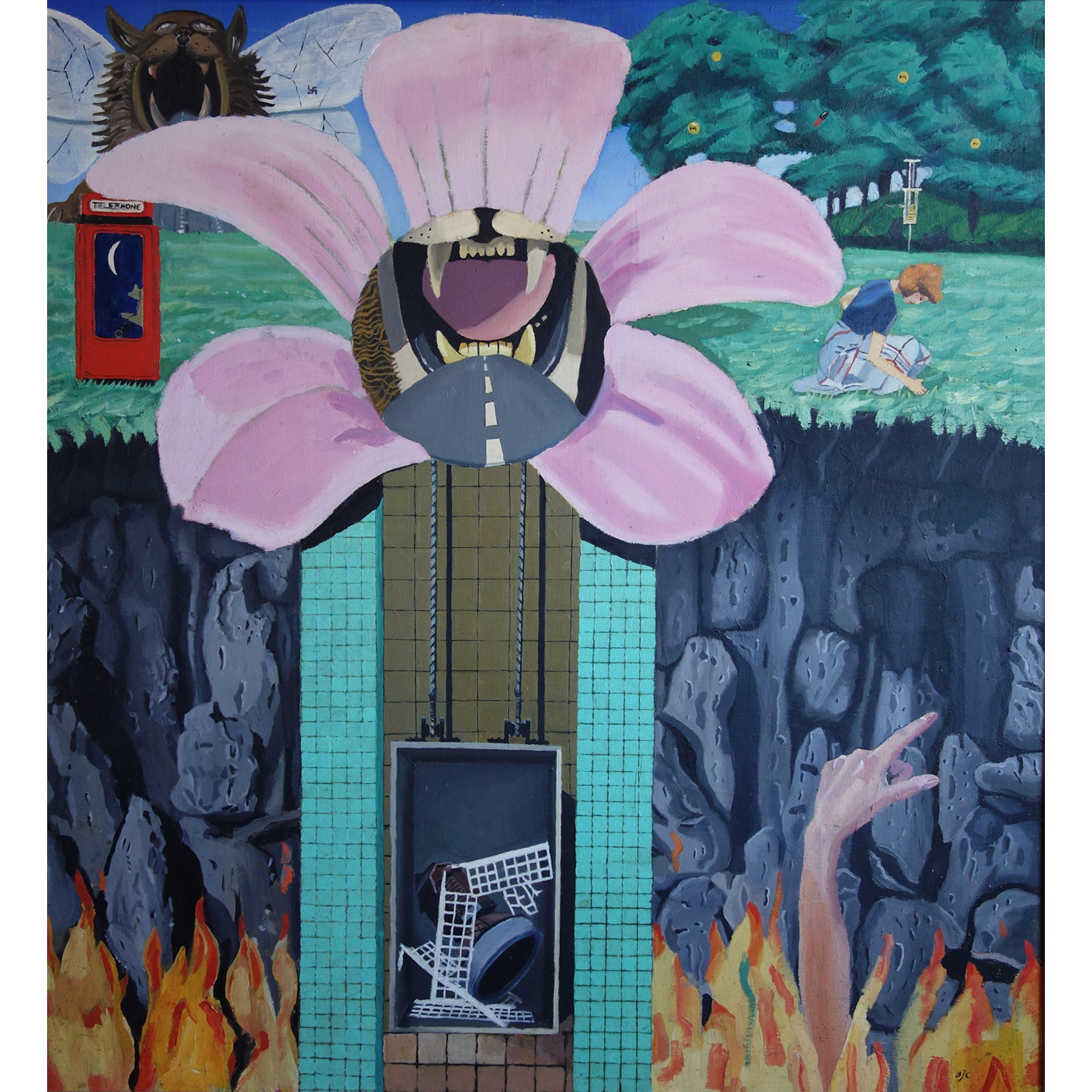 “Broken Windmill” was one of the first pictures Charnley painted in which he addressed his life experiences directly. He had previously been painting landscapes, portraits and particularly flowers. Now he began to go beyond representation and use objects as symbols. Perhaps it is more accurate to say that he went beneath the surface of things, a process depicted in the painting which descends from a sunlit meadow into the fiery underworld. There seems to be an angry voice in the painting. The flower head bursts open, pink petals like tongues, the tongues of a ravenous beast whose open jaws now form the centre of the flower. Upwardly curving canine teeth line the side of the road he is on now, a road which leads inwards and away from his flower paintings which he symbolically destroys. They are now a devouring mouth behind which a far darker image lurks, insect wings against the sky. The night sky inside a telephone box describes loneliness and with great economy and such images are ones which Charnley will develop in his later paintings. Here he crams a broken windmill into a lift an unlikely juxtaposition but one which has a rich series of connotations. The girl in the field above searches in the grass for something she has lost beneath the drugs that control her.