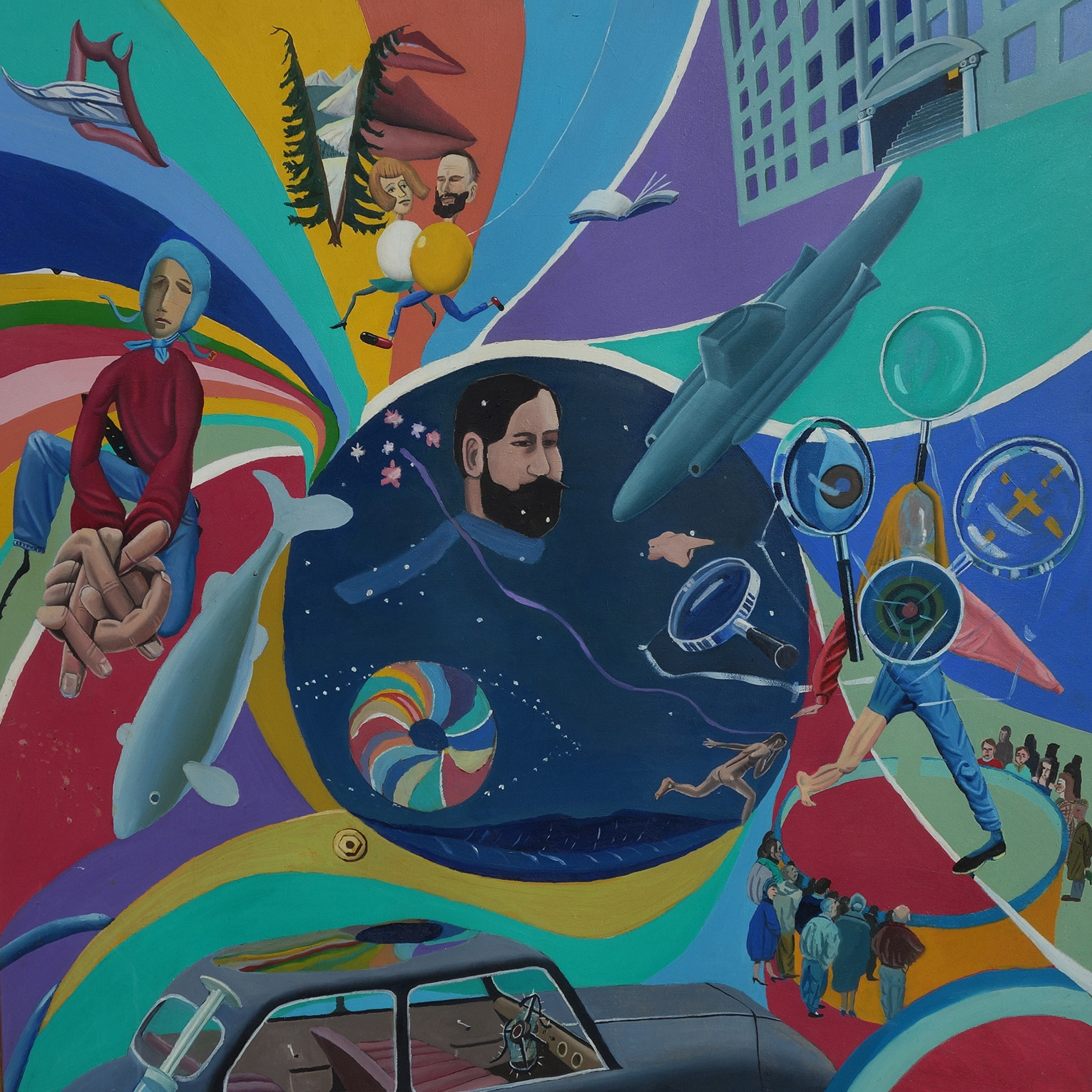 Bryan Charnley kept a dream diary for many years seeing dreams as a source of poetic imagery and a key to help him understand his condition. In this investigation he found Freud’s “Interpretation of Dreams” an inspirational work and he remained grateful to its author throughout his life. This painting is an expression of his esteem for the great psychoanalyst whose portrait is featured at the centre of the huge pupil surrounded by a multi-coloured iris which acts as a portal into the interior world of the imagination. So there are various images which expand the original concept. The submarine leaving the academy and diving into the subterranean ocean of the mind, two figures, whose bodies have become round prescription pills, run off together, the man sports pair of Temazepam shoes. A woman cannot move, her fingers are all in a knot and below her a car has a steering wheel which cannot be turned, both images of helplessness and loss of control. The most complex image appears on the left hand side where a groups of onlookers stand around a circus ring and watch the tightrope walker struggle to keep his balance as his unruly limbs seem to belong to different people. Several magnifying glasses are spread out looking for clues to explain the mysteries of the unquiet mind.